Brigadier General (ret.) Avigdor Kahalani and Amit Maoz, each one seriously wounded while serving in the IDF, met with Friends of Israel Disabled Veterans-Beit Halochem Board members and guests, and with Ambassador Dani Dayan on November 14, 2018.

The life stories of Kahalani and Maoz – their heroic actions, grievous injuries, and remarkable recoveries – were each revealed through a video.

Brig. Gen. Kahalani, recipient of both the Distinguished Service Medal and the Medal of Valor, also has just published the book A Warrior’s Way, which recounts the story of his years in uniform, during which he confronts war, combat in the Armored Corps, and physical and mental challenges. After his remarks, he presented each guest with a signed copy of the book.

Amit Maoz, who also served in the Armored Corps, was wounded in the Second Lebanon War. His injuries included a punctured lung; burns on his face, eyes and neck; and shrapnel wounds to his hands. Nevertheless, Amit returned to military service after 3 months of rehabilitation, later serving as a lieutenant in the reserves for 5 years.

Later in the day, Amit and Avigdor addressed a meeting of FIDV’s Young Leaders Board.

The message for both groups was the same: These outstanding Israeli veterans urged us as Americans to become more involved with Israel and Beit Halochem. In short, they asked each of us to make the commitment to help, and to get to know the wounded veterans who have made such sacrifices to protect Israel for Jews everywhere as people. 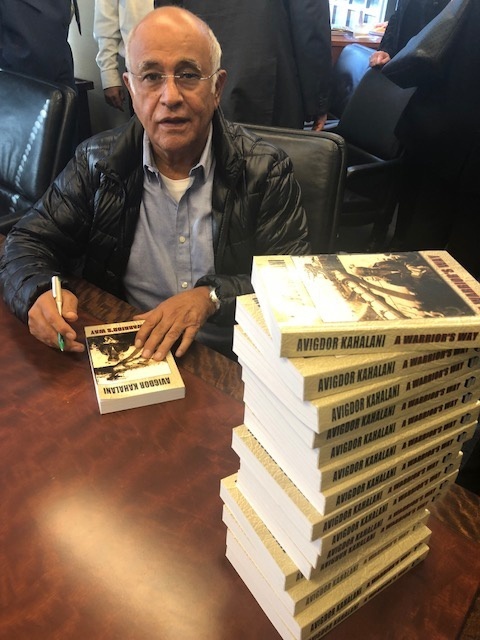 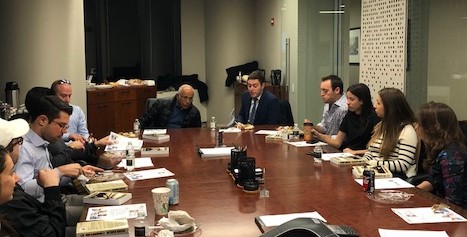 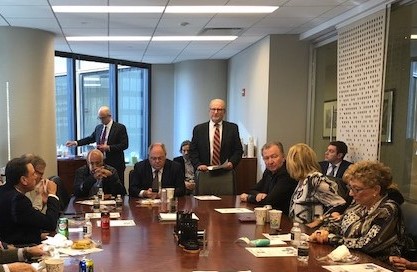 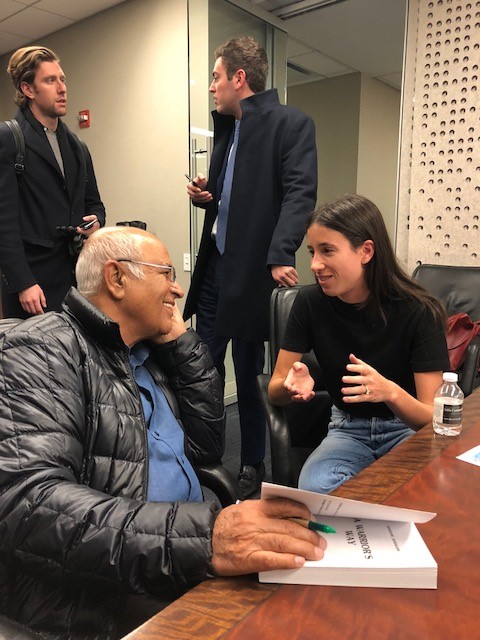 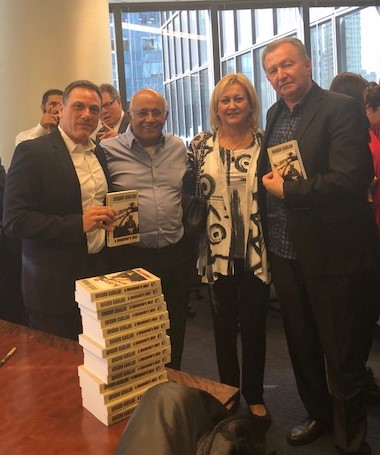 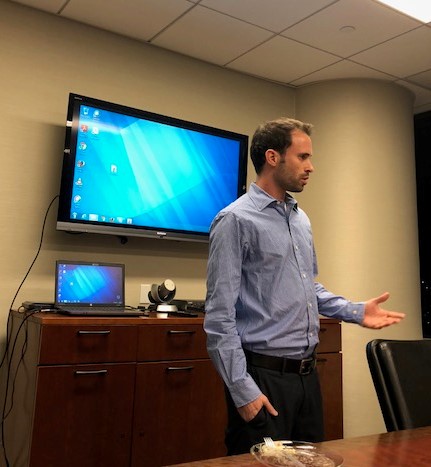 Moshe Bogie Yaalon, Israel’s Minister of Defense, rides with our veterans at the annual “Wheels in Motion” hand bike ride.